Graham, a long time stalwart of Midlands chess, died in New Cross Hospital on Wednesday March 21st at the age of 89. 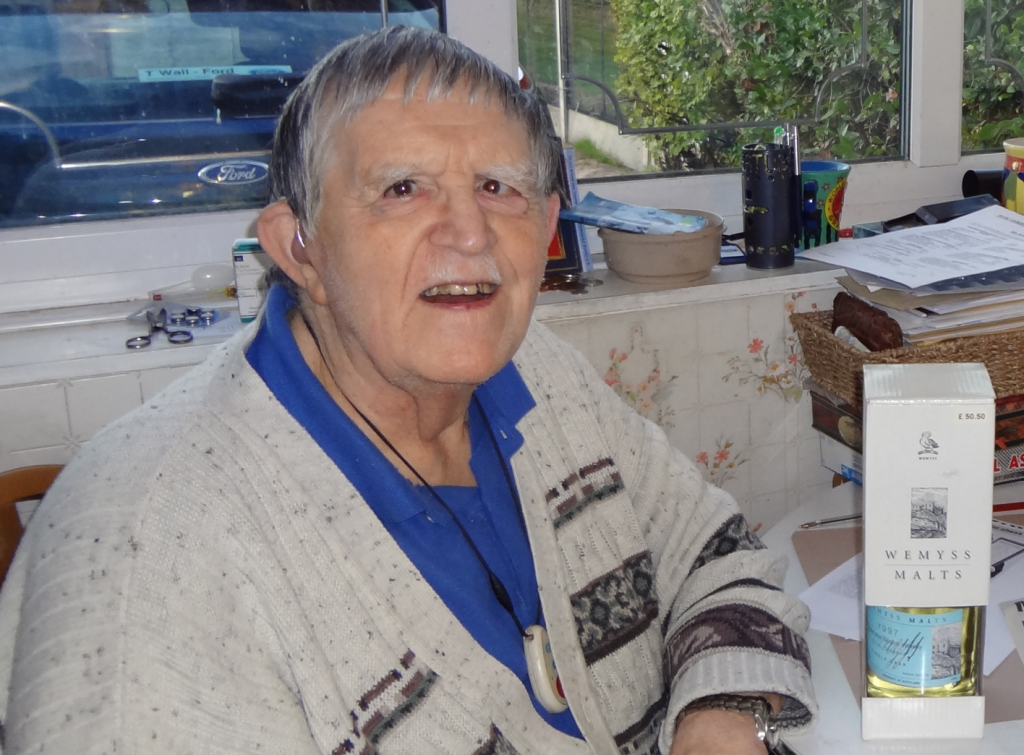 David Anderton, President of Staffordshire Chess Association, made a presentation to Graham Humphreys in 2011 to mark the appreciation of the County for Graham’s invaluable contribution to the organisation of chess both locally and nationally. The presentation was of a malt whisky which Graham chose and they were able to reminisce about the past and look at some newspaper cuttings about Graham.
Graham completed 60 years of service to chess. His first position was as a member of the Birmingham Easter Congress Committee which he joined at the request of Ritson Morry in 1951.
The main theme of Graham’s work has been the promotion of Junior Chess. He was Staffordshire’s Secretary of Junior Chess between 1951 and 2010 (latterly jointly with Traci Whitfield). Under his captaincy the Staffordshire Juniors reached national finals and were runners up on two occasions. He was Midland Counties Chess Union Director of Junior Chess between 1954 and 1999 and again between 1999 and 2010. He was a member of British Chess Federation Junior Committee between 1955 and 1975 and his roles included serving as a Junior Selector and Manager of England’s Glorney Cup team in the 1950’s. He also founded the Wolverhampton Schools Chess League in the mid 1950’s and the League continued thereafter for some 40 years.
In addition he has held many positions organising tournaments at all levels including the British Lightning team finals and has served as a delegate to the British Chess Federation on behalf of the Midland Counties Chess Union.

In the WDCL, Graham played for Wolverhampton Kipping, Rock Kipping and John Thompsons but he will be mostly remembered in the WDCL for nearly 30 years as records secretary and bulletin editor. The WDCL has a Cup competition named after him in 2005.

This is an unparalleled length and breadth of service for which many generations of players are indebted to Graham.