The finals were held last night by mutual agreement at Mercia’s club premises. Dave Hodkinson and Michael Hoare each won the toss and chose the white pieces.

Both games showed excellent attacking chess. Dave built up considerable pressure against Rob which quite belied the significant grading deficit he was playing under. 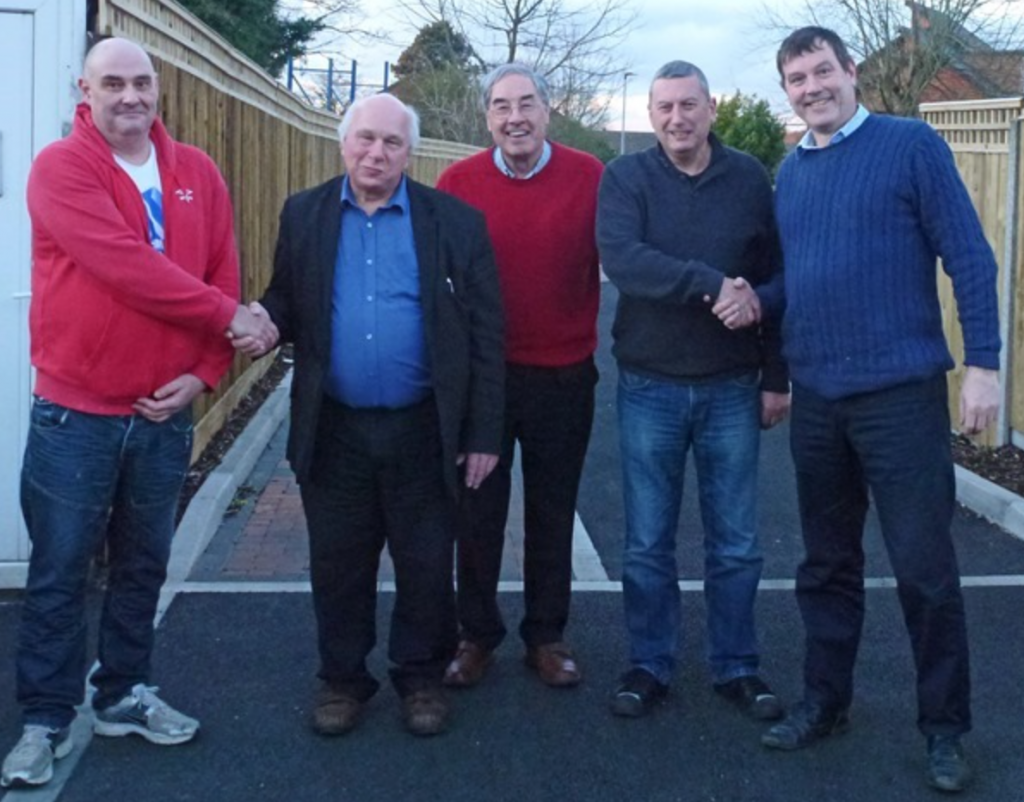 L to R in the picture below are Stuart Deeley, Michael Hoare, FW, Dave Hodkinson and Robert Marshall.

Thanks to Mercia club in general and Kevan Ward in particular for use of the premises and setting up the room etc.